Hi guys Im back Im pretty sure a lot of people will recognize me as I was previously in this crew and then had to leave because of some issues with some people but I'm but and would like to join the crew back, I have already sent in a crew request.
PSN Racing_Benjie RSC Racing-Benjie
Background info - Hi guys I'm Benjamin but I get called Benjie and Bogazon at school, I'm 14 years old and my nationality is Maltese and at an early age I moved to England due to business, I have been racing on and off for 2 years I originally started racing by stunting with people like CCC_010 and DaddyWedge who are some of the best stunt racers but then a friend of mine introduced me to Shaggy through YouTube which kick started me into competitive racing and I joined a racing community over skype which had J_Beast and www-jeroen as well as qkodkod and others that I have known since my early days of racing. My current racing crews are TEAM, YEAH, MLTA-My Nationality crew.
I hope to race with you soon, by the way if you don't care about all the stuff above I don't mind just introducing myself thoroughly. 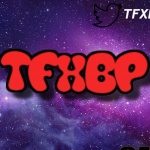 Who are the people who make You leave the crew first time ?

Frinke there was just some beef and people bugged me so I took the right move to ignore them and give them their space.