Hi Everyone, Today I officially annoucne the next crew battle!

Nonchalant Dominance VS. Racing Performances  -  4vs4 battle on 3 NODO tracks and 3 PERF tracks

Contact: On
Slipstream: off
catchup: off
laps sets to pass 12 miles each races 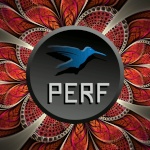 So who will represent PERF? 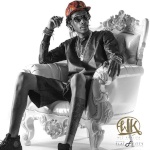 it is not decided yet

My PSN is Uchiha-ZeEx17 and I wan't in on the Crew Vs Crew, I know there's a language barrier of some sort would be appreciated if a commissioner or somebody could contact me asap about how to get selected for the Crew VS Crew.

Sure I contacted you on the social club

It's an honor to represent perf ! Only hope that everyone will be fair-play! Great video will Come out of this hopefully

I wish good luck to all of you

You're all amazing drivers, you can do it!

Don't feel the pressure too much, remember that's just a game, keep it fair play on your side and most important don't get pissed off

Don't pay attention to people who may be streaming or yelling out in the mic - it's not about youtubing, it's about playing the game, racing and winning, which you're used to

May the force be with you! 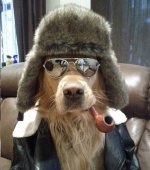 Good luck guys!!
teach them to appreciate the rear-end of ur cars..
mental-support On

Hope everything will happens well

Yoda, where did your power go?? Was the power not with them? Sith's revenge happened :0

That was close (213/185 according to NoDo forum).
Sean and Maci/Chris are ** really ** fast, this was really not supposed to be an easy battle, we all knew about that.
Congrats guys, that was intense (we were spectating on Broughy then Jonti twitch channel when they were streaming the event)

Don't know if we had internal qualifications among the best crew drivers for this one, but I recommend we have some for the next one (I'm not speaking of myself I'm way too slow).
(Of course this is only possible if people do understand we have a forum to share information like this, saying here I'm in etc.)

Next could be RACE vs PERF.
BakerGirl (from RACE) is trying to set up something. Let's see if something emerges.
If you're afraid of that don't (don't think it will involve players like the radio-man or olspols), because it will more probably involve people like Gucci_Beef, who is fair and ** very fast ** (much faster than olspols actually).

Apex Stalkers also would be a nice crew to battle in the future.

thanks Senior and yes I'm setting the RACE vs PERF with Backer.